NWCOC FEATURED IN THE DAILY JOURNAL OF COMMERCE 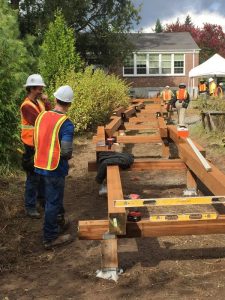 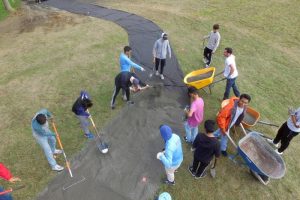 In 2008/2009, The Northwest College of Construction was proud to be a part of the construction efforts, in cooperation with local suppliers and contractors, to build the Gresham Heroes Memorial.

The Gresham Heroes Memorial provides a permanent place to honor the men and women who have served in all branches of the military or the fire and police services. The memorial is located at the corner of Powell Boulevard and Roberts at 219 South Main Street.

The memorial is managed by a task force of volunteers. These volunteers organized an effort to fund the memorial largely from grants and donations.

In March 2004, then City Councilor, Jack Hanna, requested approval from the Gresham City Council to establish a Task Force to raise the funds to build a Memorial to all men and women in Military, Fire, and Police services. The Council agreed and in, April the Task Force was formed. But there was one condition – there would be no City money involved. And so it began . . .

After five years of fund raising and a year of construction on May 2, 2009, the Heroes Memorial & Tribute was dedicated. She was built through the generosity of citizens and corporate sponsors and one of the few projects within the City that was completely paid-in-full on the day of dedication. Located within the parameters of an area known as Small Park, which had been cared for by the Optimists Club for many years, on the corner of Powell and Roberts adjacent to Main City Park in the heart of downtown Gresham, Oregon. 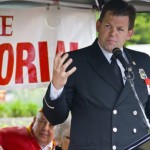